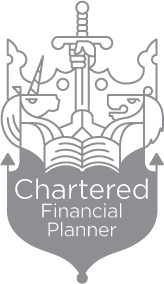 Nigel is married with two daughters and two grandchildren. In 1987 Nigel set up an IFA business in North Wales, having left Abbey National. This business traded as Buckles and grew to approximately 100 staff. In 2008 this business was sold to Sanlam UK and rebranded as Sanlam Private Wealth.

Nigel continued to lead this business as CEO. The firm continued to grow through both acquisitions and recruitment of new advisers. In 2013 Nigel became Head of Distribution for Sanlam UK and was responsible for marketing Sanlam UK products and services to 3rd Party Advice firms.

In 2015 Nigel moved to Old Mutual (later rebranded to Quilter) to become MD of Quilter Private Client Advisers. Under his leadership, the firm grew rapidly to 200 plus staff and advisers. In 2019 Nigel retired from full-time employment to enjoy more leisure time.

Nigel is Chairman of Holborn and another advice firm and a non-executive director on a third. In addition, Nigel runs a charity based in Chester which directly assists people with financial concerns.

Nigel is an active member of St Mark’s Church in Chester. And whenever possible is to be found in the South of France.